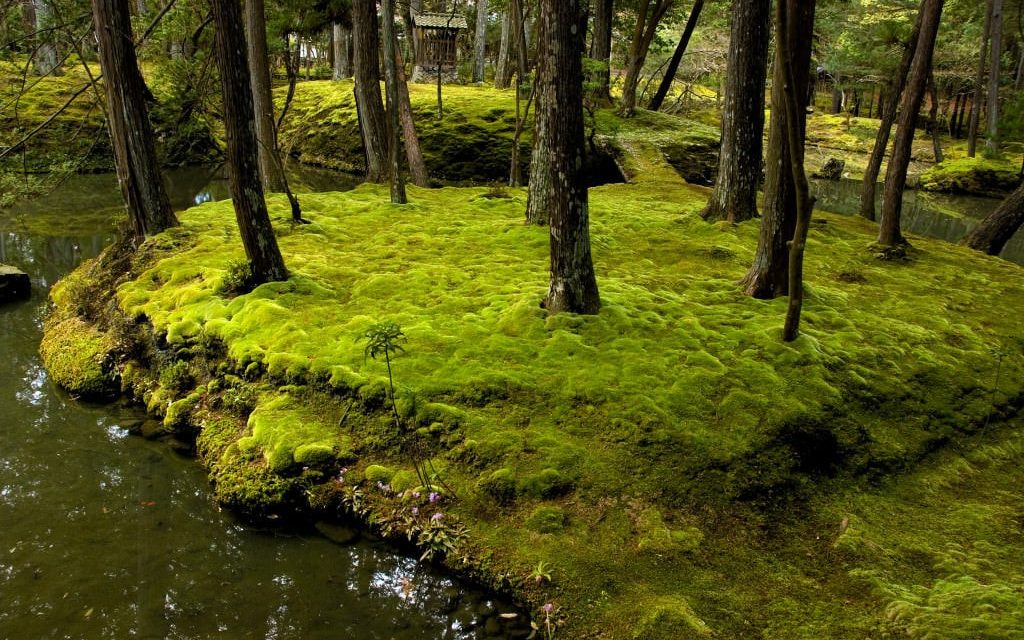 In woodland close to Kyoto, in the eastern grounds of the Rinzai Zen Buddhist Saihō-ji Temple, is situated probably the most significant moss garden in the world. It is also known by the name Kokedera, or moss temple, and was built to replicate the Western Paradise (Pure Land) of the Amida Buddha (Amitābha in Sanskrit)….